Plant a tree in memory of ROBERT
An environmentally-friendly option 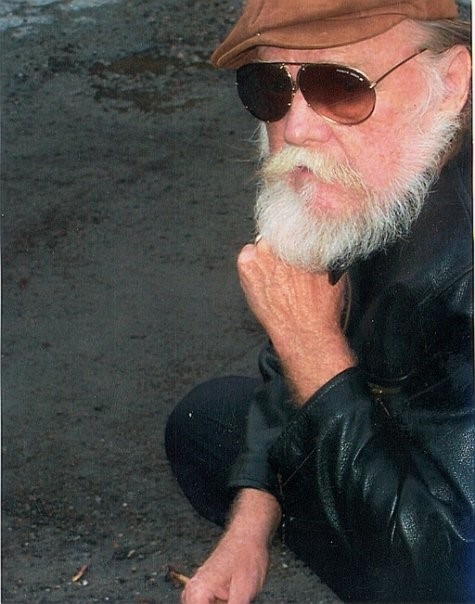 Following his passion for dogs and botanic design, Mr. Leary was a colorful fixture of Jamaica Plain often seen delivering his floral creations or selling Christmas trees dress as Santa Claus.  In recent years, he delivered pastries and desserts for his dear friend John Pergantis of Party Favors in Brookline.

A member of the New England Local SAG_AFTRA Union, he was cast as a background actor in the many films shot in and around the Greater Boston area, including The Crucible, Outside Providence, A Perfect Storm, The Heat and Gone Baby Gone.

Per Bob's wishes, services will be private.

Plant a tree in memory of ROBERT by clicking here.
To send flowers to ROBERT's family, please visit our floral store.

A service summary is not available

Plant a tree in memory of ROBERT
An environmentally-friendly option

Plant a tree in memory of ROBERT

2 trees planted in memory of ROBERT

My best memory of Bob was around 1981 when I married his live-in female friend Nancy Summer, after a short courtship, and how gracious he was in meeting me and helping dog-sit Nancy’s great dane while we were at the wedding ceremony and even during our short honeymoon.. Nancy stayed in touch with him over the years, until she died 4 years ago.

My favorite uncle Bobby❤️ It hurt my heart that you were taken from us. But I am glad we were all with you for your departure. Our memories take up so much space in my head. Like back in preschool when you would drop me off every day, you’d let me out in front of the door, then yell to me “don’t slip on the ice!!! Woah woahhhh!” And I would die of laughter and pretend to slip on ice in the middle of June, as I rang the bell to get in. Or as I got older, when you would bring me to my hockey practice, or pick me up from school when I was in trouble, and we’d sneak to the pet shop, or car stores, before going home. All your story tellings to me, of things that had happened to you “back in your days”. I thank you for giving me my passion to work on and love cars and motorcycles. Teaching me at an early age important knowledge on cars. And Thank you for always helping me with MY cars as I got older....ordering parts for me, giving me advice on what could be the issue I was dealing with at the moment. I will miss all of you, and seeing you every day, and especially most recently, helping make your last few months here, the most comfortable and best for you. Leilanny misses you more than you could ever know!

Everything about Bobby was special. So glad his family was able to be with him when it was important to be there. He will be missed by many.
Maggie

A Memorial Tree was ordered in memory of ROBERT J. LEARYIII by Maggie.  Plant a Tree

I’ll always remember Bob fondly for so many good times in Great Neck. During a blizzard in 1970, my father in law Ed Aluck and I carried his 40 pound Great Dane puppy from Bayside, Queens to Little Neck through the drifts. (Eventually the police drove us to Great Neck.)

I'll miss you more than you could ever know.
Godspeed, my friend.

Plant a tree in memory of ROBERT